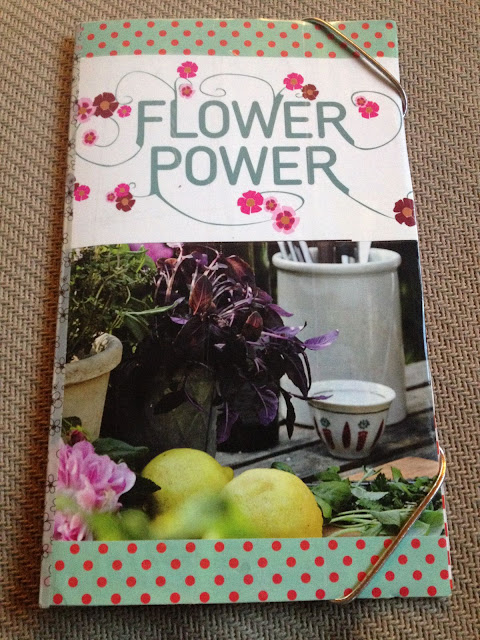 The other day I got a letter from a new pal named Vanessa. I love getting to know new people and I was just in the mood for some letterwriting so I read her letter and sat down to reply just an hour later. I had a piece of cardboard laying around so I decided to make another Folder Letter as I really loved the Woodland one I did back in May. 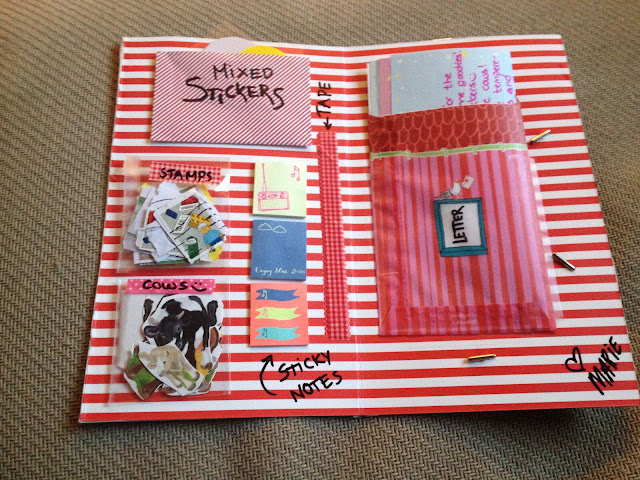 This is the inside layout. On top I have an envelope for mixed stickers. Vanessa asked me to return her stamps and instead of just putting them in the envelope I made a little baggie with all kinds of cute stamps. I also had some small cute sticky notes that I could fit in there and some gingham masking tape.
Vaness loves cows so I found some cow stickers and included them too. - How cool is it to be a fan of cows? Love that detail!

The letter was put in a transparant envelope on the right side. These can be found in my shop. 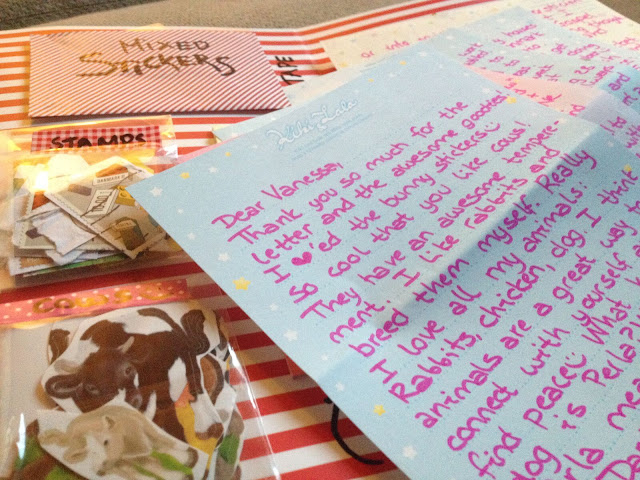 I hope Vanessa will enjoy the letter and look forward to getting to know her better :-)
Posted by Marie Holm at 10:43 AM